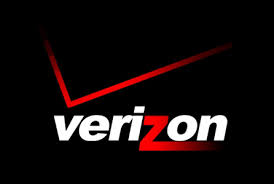 Verizon settled with the Federal Communications Commission for $1.35 million on Monday over its use of "supercookies" technology, which secretly tracks user browsing habits on its network for ad targeting.

The technology works by injecting tracking headers into connections at the network level, allowing it to follow customers more closely and making it impossible for customers to delete like standard tracking cookies.

The use of these 'supercookies' was uncovered in late 2014, and following widespread backlash Verizon made it possible for customers to opt out of the technology in early 2015. In addition to paying the $1.35 million fine, the FCC will also require Verizon to notify customers and get their permission before sharing the tracking data with third-party companies and to companies within the organization, including AOL.

"Consumers care about privacy and should have a say in how their personal information is used, especially when it comes to who knows what they're doing online," FCC Enforcement Bureau Chief Travis LeBlanc said in a statement.

Verizon said it trying to strengthen efforts to inform customers clearly of the company's tracking practices and how their data is used.

"Over the past year, we have made several changes to our advertising programs that have provided consumers with even more options," Rich Young, Verizon's regulatory spokesperson, said, according to the New York Times. "Today's settlement with the FCC recognizes that. We will continue to give customers the information they need to decide what programs and services are right for them."

THE BATTLE FOR MARS: HOW ELON MUSK, BLUE ORIGIN....