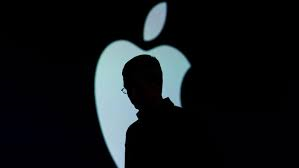 Bruce Sewell, Apple's top lawyer and senior vice president, will testify before the House Judiciary Committee on Tuesday. In the prepared text of his opening statement, Sewell calls for public debate around three questions in particular.

"The American people deserve an honest conversation around the important questions stemming from the FBI's current demand," Sewell wrote.

"Do we want to put a limit on the technology that protects our data, and therefore our privacy and our safety, in the face of increasingly sophisticated cyber attacks?"

"Should the FBI be allowed to stop Apple, or any company, from offering the American people the safest and most secure product it can make?"

And: "Should the FBI have the right to compel a company to produce a product it doesn't already make, to the FBI's exact specifications and for the FBI's use?"

A California federal magistrate judge ordered Apple to help the government break into an iPhone used by San Bernardino killer Syed Rizwan Farook on February 16—but Apple says that demand is onerous and oppressive, like asking them to breed "cancer" to infect their own product, and opposite their mission to protect users' cybersecurity.