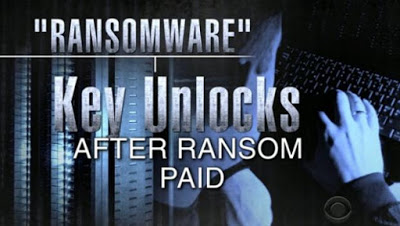 In dystopian views of human society, there's always a fear of losing control. Computers and robots are already everywhere, taking care of what used to be the responsibility of humans. In the hands of the right individuals, they can be made to serve a different purpose, one that doesn't necessarily follow the greater good, but rather the agenda of a small group of individuals. The future is now.

On February 5, something similar happened to a Californian hospital. The computerized systems of Hollywood Presbyterian Medical Center were suddenly frozen by a software demanding payment in order to give the administrators control of their own system. For more than a week, the institution could not perform CT scans, deliver chemotherapy treatment or deal with emergency cases. Employees were keeping up with the work through fax machines, pens, papers and calls from their personal phones. This is what happens when you fully relinquish control.

In mid-2000s, the first attacks of this kind appeared in Eastern Europe. Malicious software programs were infecting personal computers and asking for a sum of money, anywhere between $24 and $600, in order to give back control to the user. Once a computer was infected, there was a Russian-language prompt to pay up the amount of money.

As time passed, ransomware has become more sophisticated, leaping out of Russia and spreading across Europe, Canada and the U.S. For your system to become vulnerable to such attacks, you'd only have to download a file or an e-mail attachment, or click on an infected link.

By 2013, ransomware had evolved to such a degree that it became virtually unbreakable. Besides taking control over systems, it encrypted currently stored files so that they could not be used even if the malicious program was, somehow, deleted. In 2015, at a cybersecurity conference, the U.S. Cyber and Counterintelligence Program advised people to just pay the ransom. Figured it out yet? Ransomware has become a profitable business model.

What Hollywood Presbyterian did

They paid up. The medical facility decided to do the only thing that could allow them to regain control of their own systems and keep their records: Do what the ransomware requested. Although there were rumors saying the initial ransom was estimated at $3.4 million, Alan Stefanek, the organization's president officially declared that $17,000 was handed over. Usually, people want to keep these incidents from the public in an attempt to preserve their image. But after 10 days of pushing papers, nothing could stop this story from getting out.

In a press release, the director of the medical center stated, "The malware locks systems by encrypting files and demanding ransom to obtain the decryption key. The quickest and most efficient way to restore our systems and administrative functions was to pay the ransom and obtain the decryption key. In the best interest of restoring normal operations, we did this." In mid-February, their systems were fully restored and there is no evidence that medical records were accessed or copied at any point during the lock down.