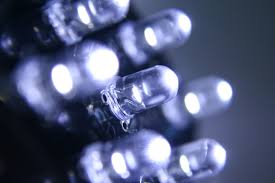 Connecting your smartphone to the web with just a lamp — that is the promise of Li-Fi, featuring Internet access 100 times faster than Wi-Fi with revolutionary wireless technology.

French start-up Oledcomm demonstrated the technology at the Mobile World Congress, the world's biggest mobile fair, in Barcelona. As soon as a smartphone was placed under an office lamp, it started playing a video.

The big advantage of Li-Fi, short for "light fidelity", is its lightning speed.

Laboratory tests have shown theoretical speeds of over 200 Gbps — fast enough to "download the equivalent of 23 DVDs in one second", the founder and head of Oledcomm, Suat Topsu, told AFP.

"Li-Fi allows speeds that are 100 times faster than Wi-Fi" which uses radio waves to transmit data, he added.

The technology uses the frequencies generated by LED bulbs — which flicker on and off imperceptibly thousands of times a second — to beam information through the air, leading it to be dubbed the "digital equivalent of Morse Code".

It started making its way out of laboratories in 2015 to be tested in everyday settings in France, a Li-Fi pioneer, such as a museums and shopping malls. It has also seen test runs in Belgium, Estonia and India.

Dutch medical equipment and lighting group Philips is reportedly interested in the technology and Apple may integrate it in its next smartphone, the iPhone7, due out at the end of the year, according to tech media.