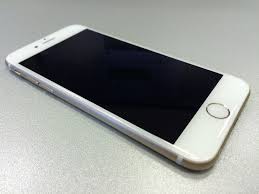 In the beginning there was the iPhone. Then came a bunch of phones that tried to be different, but in variously off-putting ways. At this week's Mobile World Congress, though, smartphones have begun to find the balance between boring and bizarre.

It's hard to be a premium smartphone manufacturer outside of Cupertino. The iPhone dominates the high end, with no signs of slowing dominance, while affordable competitors increasingly own the non-Apple market.

Smartphones have begun to find the balance between boring and bizarre.

And while gimmicks like LG's curved phones, or Samsung's incessant software tweaks, haven't provided much of a lift, the latest flagships from those companies (and HP!) are signs that there's still plenty of innovation left for smartphones, in ways that that are actually useful.

"It's very hard to go out there with another me-too type product," says Gartner analyst Tuong Nguyen. "It's not sufficient to play that one-up game. It's not just about bigger, faster stronger. You have to be different, interesting, valuable to consumers."

And that's exactly what they've done.

How Science Lost Its Respectability