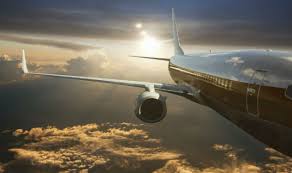 A U.N. panel on Monday proposed long-sought greenhouse gas emissions standards for airliners and cargo planes, drawing praise from the White House and criticism from environmentalists who said they would be too weak to actually slow global warming.

The International Civil Aviation Organization said the agreement reached by the agency's environmental panel requires new aircraft designs meet the standards beginning in 2020, and that designs already in production comply by 2023. There is also a cutoff date of 2028 for the manufacture of planes that don't comply with the standards. The standard must still be adopted by the agency's 36-nation governing council, but substantive changes aren't expected.

The standards would be the first ever to impose binding energy efficiency and carbon dioxide reduction targets for the aviation sector. When fully implemented, the standards are expected to reduce carbon emissions more than 650 million tons between 2020 and 2040, equivalent to removing over 140 million cars from the road for a year, according to the White House.

The standards would require an average 4 percent reduction in fuel consumption during the cruise phase of flight starting in 2028 when compared with planes delivered in 2015. However, planes burn the most fuel during takeoffs and landings, while cruising at high altitudes is already the most fuel-efficient period.

The agreement is the first of two important opportunities this year to reduce carbon emissions from aviation. The second opportunity will come later this year when ICAO tries to reach an agreement on a "market-based approach" that would use economic incentives to further reduce aviation carbon emissions.

World's Biggest Wildlife Crossing to be Built in Los Angeles

The Problem With Problem Sharks

What Is Big Green?

No Camaros for You!

TESLA ORDERED BY GERMAN COURT TO STOP CUTTING DOWN A FOREST TO MAKE...