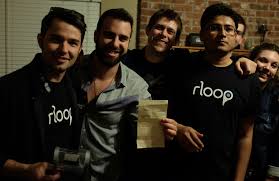 Nearly all of the teams trying to build a "pod" that will work in Elon Musk's futuristic hyperloop transportation tubes spent months toiling away together in university classrooms engineering their designs. One of the teams, however, only met each other for the first time a few hours before I met them.

In 2013, Musk, the SpaceX founder, pitched the "fifth mode of transportation," which creates a partial vacuum in a tube in order to shoot human-carrying pods down them at speeds of over 700 mph. In summer of 2015, SpaceX announced it would build a hyperloop test track at its Hawthorne, California headquarters and would hold a "pod design competition" for university students in order to spur research into the feasibility of the technology.

Immediately after that announcement, members of the SpaceX subreddit floated the idea of entering the competition themselves.

"There was a slow realization that we are professionals, or at least students in the field and that together we had the collective ability to actually create a competitive pod for this," Brent Lessard, an engineer from Toronto who is the project manager of the 140-member rLoop team, told me.

Brent Lessard and Gabriel Korgood of rLoop, at the Airbnb they rented. Image: Jason Koebler

Team members quickly fell into roles—the leaders accepted applications for "jobs" managing the teams that would design several of the pod's subsystems—and soon the core members of the team were spending every moment not dedicated to their day jobs working on the pod's design.