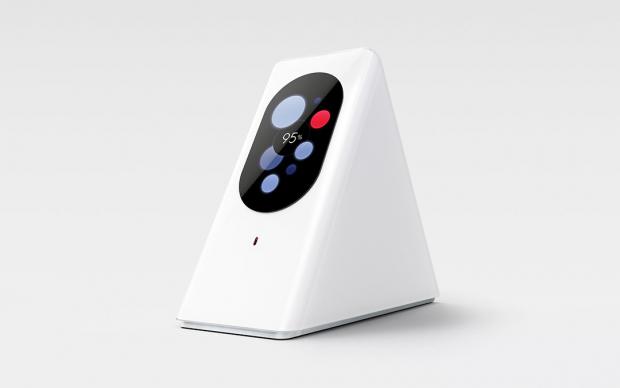 BECAUSE IT WASN'T enough to piss off every major television broadcaster in America with his last company, Aereo, now Chet Kanojia is taking on the country's biggest Internet providers with a new start-up called Starry.

The company, which Kanojia officially announced in New York City this morning after keeping it under wraps for a year, aims to offer people wireless Internet access at speeds that are faster than wired broadband at a fraction of the cost. The goal is to circumvent not only the hefty infrastructure cost of wired networks, but also the companies that build and provide those networks—as well as all of the complexities of getting a technician to come to your home and install that network. Instead, Starry allows anyone to plug in a small device at home and receive the Internet instantly over a wireless connection.

If Starry's plan works, it could accomplish the very thing Aereo set out to do, which is free consumers from the bundle.

"This is how it should be in our opinion," Kanojia said. "Wired infrastructure is just difficult."

Here's how it works: Starry utilizes what are known as high-frequency millimeter waves to deliver the signal to people's homes. To broadcast that signal, Starry installs so-called Starry Beams on rooftops throughout a city. Each Beam can cover roughly 2 kilometers, sending connectivity directly to hubs called Starry Points, which people can place just outside their window to pick up a signal. This set up means that Starry will launch city by city, region by region, as it installs these networks of Beams. Its first market will be Boston, with beta tests launching this summer.

God's Eye View of the Internet, and Q&A

What a Top Secret Cloud Means for Microsof

The 5 Best Free VPNs for Android

How Many Websites Are There?