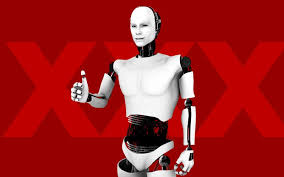 Charlotte Rose, a former British 'Sex Worker of the Year,' is relishing helping 43-year-old Mohammed Abad—who has a bionic penis—lose his virginity.

LONDON — Mohammed Abad is a virgin.

Not because he's bad at chatting up women—hell, he's even been married.

No, Abad is a virgin because he fell into the road during a snowball fight when he was six years old. A car barreled into him, dragged his tiny body 600 yards, and ripped his dick clean off.

He was lucky to survive, but his genitalia could not be salvaged.

Five years ago, when he was 37, a letter arrived offering him an experimental new medical procedure. Doctors said they could make him a bionic penis.

After 118 procedures, Abad's eight-inch appendage has finally been passed fit for duty. A medical miracle, undoubtedly, but perhaps not everyone's cup of tea.

This is how the proud doctor has described it: "The penis itself was actually made from the skin and fat from the forearm rolled up into a roll with a tube in the middle like a sausage roll."

A button concealed inside the scrotum can bring the penis to life by pumping liquid from a reservoir concealed inside Abad's abdomen. When the fun is over, another button deflates the erection.

The ladies have not exactly been lining up, so how will Abad lose his virginity?