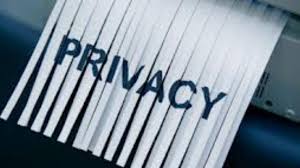 (NaturalNews) During his recent State of the Union address, Barack Obama made quick mention of a program he plans to unveil that will collect private medical information on Americans and share it across a gamut of government agencies, academic institutions and the private sector. He calls it the "precision medicine initiative," a $215 million program that, while characterized as a way to increase knowledge on disease, is really just a covert data-mining scam with an Orwellian twist.

Ominously portentous of a future in which the government tracks every person's individual health profile in order to directly prescribe pharmaceuticals and vaccines as treatment, the initiative is described in the media as a way to spark rapid development in medical research. Speaking directly to the American public, Obama admitted that the program will usher in "a new era of medicine" that "delivers the right treatment at the right time."

The specifics behind what constitutes "the right treatment" remain undisclosed, but we can only presume based on what has been said that the program will involve mapping the genes of individuals in order to assess which drugs or vaccines they "need" in order to meet government standards for "health." Dr. David Altshuler, CEO of a company known as Vertex Pharmaceuticals that received an invitation to the White House for the event, added the following about what "precision medicine" means during a phone interview with CNBC:

Precision medicine is a new way of discovering medicines that target the underlying cause of disease. What distinguishes it is starting with a target that really is a root cause rather than one involved in symptoms of a disease, with the potential that a medicine will actually be able to modify the course of the disease, or even prevent the disease.

This might sound nice on the surface, but the type of "preventive" medicine being referred to here is preventive drugs that will literally alter human genes, much in the same way that genetically modified (GM) crops possess modified genes that perform various pre-determined functions. One example of this a drug manufactured by Vertex that allegedly reverses the progression of cystic fibrosis.

According to CNBC, the drug, known as Kalydeco, is the first ever to target the believed-to-be genetic causes of cystic fibrosis. And it is among a new generation of drugs that's being fast-tracked through the Food and Drug Administration (FDA)'s approval process, having received approval in just three months as opposed to the accelerated six-month or standard 10-month approval time.