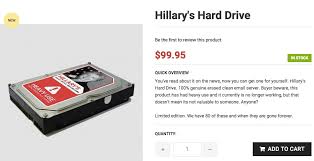 The New Year's Eve release of over 3000 new Hillary Clinton emails from the State Department has CNN abuzz over gossipy text messages, the "who gets to ride with Hillary" selection process set up by her staff, and how a "cute" Hillary photo fared on Facebook.

But historians of the 2011 NATO war in Libya will be sure to notice a few of the truly explosive confirmations contained in the new emails: admissions of rebel war crimes, special ops trainers inside Libya from nearly the start of protests, Al Qaeda embedded in the U.S. backed opposition, Western nations jockeying for access to Libyan oil, the nefarious origins of the absurd Viagra mass rape claim, and concern over Gaddafi's gold and silver reserves threatening European currency.

Under attack from allied Air and Naval forces, the Libyan Army troops have begun to desert to the rebel side in increasing numbers. The rebels are making an effort to greet these troops as fellow Libyans, in an effort to encourage additional defections.

(Source Comment: Speaking in strict confidence, one rebel commander stated that his troops continue to summarily execute all foreign mercenaries captured in the fighting…).

While the illegality of extra-judicial killings is easy to recognize (groups engaged in such are conventionally termed "death squads"), the sinister reality behind the "foreign mercenaries" reference might not be as immediately evident to most.

While over the decades Gaddafi was known to make use of European and other international security and infrastructural contractors, there is no evidence to suggest that these were targeted by the Libyan rebels.

There is however, ample documentation by journalists, academics, and human rights groups demonstrating that black Libyan civilians and sub-Saharan contract workers, a population favored by Gaddafi in his pro-African Union policies, were targets of "racial cleansing" by rebels who saw black Libyans as tied closely with the regime.[1]

Black Libyans were commonly branded as "foreign mercenaries" by the rebel opposition for their perceived general loyalty to Gaddafi as a community and subjected to torture, executions, and their towns "liberated" by ethnic cleansing. This is demonstrated in the most well-documented example of Tawergha, an entire town of 30,000 black and "dark-skinned" Libyans which vanished by August 2011 after its takeover by NATO-backed NTC Misratan brigades.