> Defense Department invests in 'hibernation drugs' to save - Freedoms Phoenix 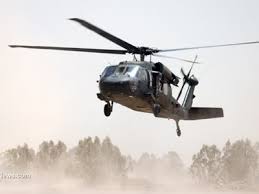 (NaturalNews) The Defense Department is working to develop a battlefield "hibernation" procedure for wounded troops so that the critical element of time can be mitigated to the advantage of the soldier.

According to the Washington Times, the Pentagon is working with Dr. Geoffrey Dobson, an Australian researcher with Queensland's James Cook University and the Division of Tropical Health and Medicine to develop hibernation "drugs" that are capable of essentially rewiring "the body's natural response to trauma so that deployed troops have enough time to get their injured comrades to medical attention."

Time was killer for nearly 1,000 allied troops in Iraq and Afghanistan

"During the fighting in Iraq and Afghanistan, more than 87 percent of all deaths among allied soldiers occurred in the first 30 minutes, before they could get to a hospital," Dr. Dobson said during an interview with an Australian news website in recent days.

"Nearly a quarter of these, almost a thousand people, were classified as having potentially survivable wounds. Time was the killer," he said. "The idea of our research is to save that thousand lives."

"The first 10 minutes after a troop is shot or wounded in an explosion are the most critical," Dobson said.

The goal is to change the human body's normal response to shock while also forcing it to provide enough blood pressure to vital organs to keep wounded individuals alive.

"Our treatment cancels out the shock and puts them in a low-blood pressure, hibernation-like state. You want to dial-in the right blood pressure to prevent further blood loss but high enough to keep the major organs, including the brain, going," Dobson told the Australian news site.

The emergency drug therapy is designed to be given in two stages; it will direct some 100 milliliters of medication into the wounded troop's veins or blood marrow. That will reduce the need for immediate large transfusions of blood or other fluids, to replace what has been lost, which can then shock the body a second time.

Shot one is intended to kick-start the heart in the critical first few minutes after a severe wounded.

Shot two is aimed at reprogramming the soldier's metabolism into hibernation mode, buying enough time to allow an emergency evacuation.

"You want to stabilize the system because of the long retrieval times in forward areas for these special operations soldiers," said Dobson. "We increase the blood pressure to a low 'optimal' level sufficient for survival, we reduce inflammation and we correct the blood coagulation - stop it getting thinner."

The lower, but nonetheless sufficient, blood pressure will also work to protect and preserve brain tissue if that organ has also been injured, Dobson said.

"The problem is, after a soldier suffers catastrophic blood loss and brain injury, what is a good treatment for the body is not good for the brain and vice versa. If you aim for too high a blood pressure, the casualty will bleed to death, and if you aim too low the brain will be irreversibly damaged," he said, as reported by Britain's Daily Mail newspaper.

Does the US Military "Own the Weather"?...

How Trump Rebelled Against The Generals