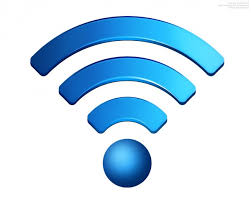 Cell coverage can be fickle. You might get great reception at home but spotty coverage at work or at the gym even though other carriers work fine. And even if your carrier has your entire city pretty well covered, all bets are off when you travel. Sure you can roam on other networks, but your carrier will prioritize its own cell towers, even if there are better ones nearby. And those roaming fees can sure add up quick. It would be nice to be able to switch carriers on the fly, picking whichever one happens to have the best service in your exact location at any given time. Today that would mean carrying around multiple SIM cards, each with a different phone number. But in the near future, your phone may be able to switch between carriers without you having to swap out cards or phone numbers—even if you're in the middle of a call.

Today, Google is alone in offering its own cross-carrier wireless service, but it probably won't be for long.

Two year contracts are becoming a thing of the past, thanks in large part to carriers like T-Mobile and to new financing schemes from Apple. But it's still a bit of a pain to switch. You still have to have to sign up for a new service, have your number ported over and get a new SIM card. And even if your phone is unlocked, there's still a chance it won't work on the carrier of your choosing if it wasn't designed to handle both the GSM networks used by AT&T and T-Mobile and the CDMA networks used by Sprint and Verizon. But that's starting to change. If you want a preview of the future, a future that started become clear in 2015, take a look at Google's Project Fi.

Project Fi, which is still invite-only, is a wireless service that rides on both T-Mobile and Sprint's networks, depending on which one has the strongest signal. If local WiFi is available, it will switch to that network, and even route calls over it. Instead of paying a monthly fee to both T-Mobile and Sprint, customers pay Google a lump fee, and Google handles paying out the carriers.

The magic behind Google-Fi is a new type of SIM card created by a German company called G&D, or Giesecke & Devrient. SIM (short for "subscriber identification module") cards are essentially tiny computers that handle the complexities of authenticating your phone whenever you switch between different cell towers. Typically, these have been built to handle authentication on one and only one carrier's towers, but G&D's SIM cards allow Google to handle authentication across multiple carriers, including both GSM and CDMA networks. That enables Google's phones to seek out which ever carrier happens to offer the best signal at any given moment. Google's Cell Service Could Snare All the Major Carriers What if Google and Apple Bid for the Best Cell Service?

This is a complicated process, and the kinks haven't all been sorted out, which is probably why reviews of Project Fi have been so mixed. Plus, Project Fi is still only available to a small group of people. Google only has two networks on board, and it's possible that neither one would be game for a wider roll-out of the service (to say nothing of the conspicuous absence of AT&T and Verizon). And though it can move your call from a cellular network to WiFi if the signal is better, it can't reverse that process and transfer your WiFi call to a cellular network.

Most tellingly, Project Fi is only fully supported on Google's Nexus phones. The company did just announce support for a few tablets, including certain iPads and Samsung devices, but Project Fi will only provide data, not voice service, to these gadgets, and it will only work on T-Mobile's network, not Sprint.