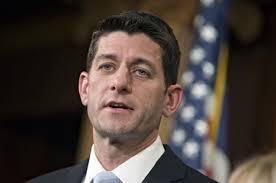 When Paul Ryan was handed the speaker's gavel in late October, he pledged to restore normal order to the People's House and eliminate the sort of backroom deals that rank-and-file members complain are shoved down their throats at the 11th hour. So, late Tuesday night, Ryan unveiled a few thousand pages of consequential tax, spending, and regulatory legislation costing roughly $2 trillion and gave Congress and the public two whole days to review everything.

To be fair to Ryan, the buzzer-beating legislating has more to do with the workload and deadlines John Boehner left him than anything he did wrong. The agreement Ryan reached with fellow congressional negotiators also looks much like one Boehner would have reached: Each side scores some points, but Republican congressional majorities again will fail to deliver a high-profile, base-pumping, ideological victory over some nefarious aspect of the "Obama agenda" on which conservatives had drawn a red line. Will this land Ryan in the same hot water that eventually cooked Boehner? He'll get a pass, for now.

The two towering paper stacks are the 2016 omnibus appropriations package, which funds the government through next September, and a "tax-extenders" bill that, well, extends (and in many cases makes permanent) a bunch of tax breaks that were set to expire. Though they will be voted on separately, they were negotiated together. The omnibus is more favorable to Democrats, and the tax extenders are more favorable to Republicans.

Considered as a whole, an overriding theme is that everyone gets a lot of money but neither side hammers home that big-ticket ideological victory. In other words, it's a compromise, something Democrats usually accept as part of the process while Republicans scream bloody murder.