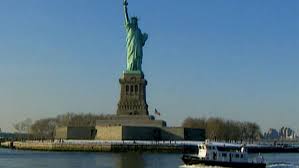 Congress is set to vote on Thursday on what some have called an "unprecedented" right that would allow immigrants easier access to relocate to the United States, according to new legislation offered by a Democratic senator.

The legislation, which is being offered by Sen. Patrick Leahy (D., Vt.) as an amendment to a larger bill governing nuclear safety, would prohibit the U.S. government from barring any individual from entering the country based on their religion.

The bill comes amid a fierce national debate about immigration to America, particularly for individuals coming from Muslim-majority nations. Critics of the Obama administration's refugee plan, which would permit up to 10,000 Syrians into the country, maintain that there are not enough oversight measures in place to ensure that immigrants are not linked to terrorists or various terror organizations, such as the Islamic State.

The bill, a copy of which was obtained by the Washington Free Beacon, would express Congress' sense that "the United States must not bar individuals from entering into the United States based on their religion, as such action would be contrary to the fundamental principles on which this Nation was founded."

The legislation is a direct amendment to current U.S. laws already on the books.

Congressional critics of the legislation warn that the amendment would facilitate an unprecedented right to immigration that has never existed under U.S. law.

"The amendment is intended to be a response to Trump's statement and thus the category of immigration at the heart of it is clearly immigration from the Muslim world," said a congressional source apprised of the legislation.

If passed, the new rule would burden the U.S. immigration system and prevent authorities from normal background checks meant to ensure individuals are not tied to terrorists or other type of criminal enterprises, the source said.

"It would could lead to rules saying you can't discriminate against foreign single mothers, or unemployed elderly seniors, or members of religious cults. And if religion cannot be considered, then of course you cannot favor say Australian immigration over Middle East immigration since religion is, of course, a factor in that decision," the congressional source explained. "It would mean you could not favor a Christian Syrian priest over a fundamentalist Muslim cleric, and that if you denied the cleric you'd be paving the road to them having standing to sue for entry from a foreign country."

The legislation would further mean that a "radical Imam could demand the right for a tourist visa to deliver a speech, or that a member of a pagan cult could demand that they be given a foreign worker visa to take an American job," according to the source.