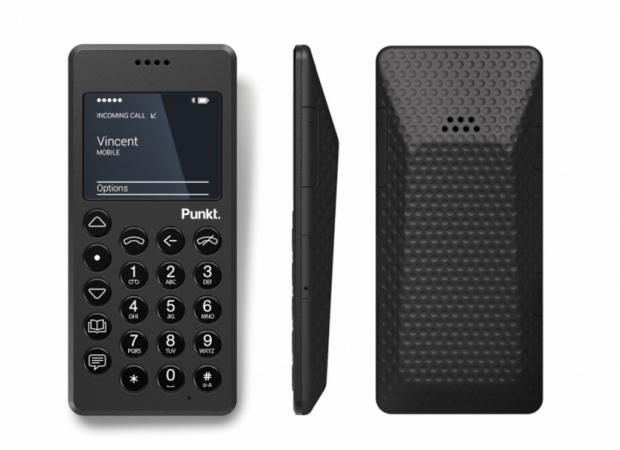 I'm a happy iPhone user and have been ever since I gave up my quixotic preoccupation with Blackberries.

Still, I also long, sometimes, for the pre-smartphone era. A time when phones were used mainly to make calls. Not even text, even though they had the crude capacity to do so.

Occasionally, I think as far back as the pre-cellphone age, regaling with children with tales of leaving home with four quarters in your pocket and no real plan.

The payphone age is dead and gone, but I've certainly found myself studying some of the basic, el-cheapo feature phones and wondering if I'd want to roll the clock back. I have an oldMotorola Razr flip-phone. I could get it switched back on and JUST MAKE CALLS AGAIN!

But the Razr, state of the art though it once was, looks dated. And all the other anti-smartphones are U-G-L-Y, and they ain't got no alibi.

Enter this sleek black phone from Swiss design firm Punkt. Designed by Jasper Morrison, theMP01 does calls and texts and that's it. And at about $300, it costs far less than a Vertu (it's also sold out through January, according to Punkt's website).

It's designed to use a low-tech 2G wireless network, so I gather it will work in lots of places.

When Cancel Culture Cancels Everything

Environmental Racism | Literally EVERYTHING is Racist