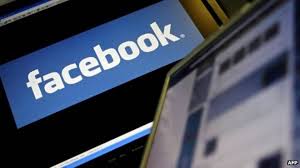 Facebook is set to become a lot more intelligent - and could outperform humans within ten years, Mark Zuckerberg has claimed.

In an interview with Fast Company, the Facebook founder revealed the firm's huge investment in artificial intelligence.

This, he hopes will allow it to do everything from organise diaries to recognise friends in pictures automatically.

'One of our goals for the next five to 10 years,' Zuckerberg told Fast Company, 'is to basically get better than human level at all of the primary human senses: vision, hearing, language, general cognition.

'Taste and smell, we're not that worried about,' he deadpaned. 'For now.'

The firm hopes to be able to take advantage of the vast amount of data people are producing every day.

'There's just going to be a lot more data generated about what's happening in the world, and the conventional models and systems that we have today won't scale,' said Jay Parikh, Facebook's VP of engineering.

'If there's 10x or 20x or 50x more things happening around you in the world, then you're going to need these really, really intelligent systems like.'

It was recently revealed Facebook is studying the ancient Chinese game of Go for insights as it works on building its 'artificial brain' - one that it hopes to turn into a virtual personal assistant that can also sort through a mountain of photos, videos and comments posted by its next billion or so users.

Called M, it is believed to have been named after James Bond's secretary, Moneypenny.