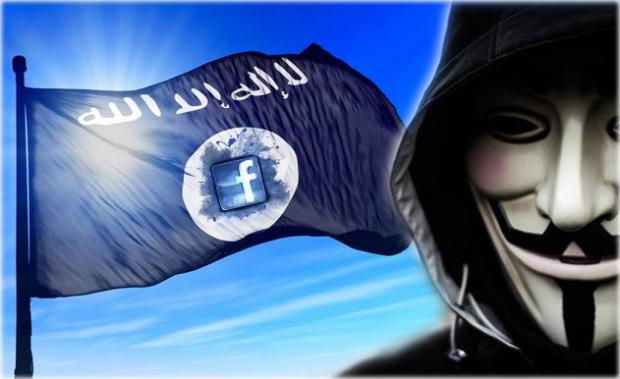 Shortly before the massive coordinated terrorist attacks in Paris, which ISIS has claimed responsibility for, Facebook took down the primary Anonymous group responsible for unmasking and reporting thousands of social media accounts used by ISIS to spread propaganda and recruit.

The main weapon used by ISIS to spread their extremist ideology has been social media, and regardless of your stance as to how the terror group was created or who created it, Twitter and Facebook have been the major tools for the growth of the Islamic State.

In an effort to counter this massive ISIS social media presence, the Anonymous group Red Cult began an operation called #OpISIS as a means of combating the terrorist group in cyberspace.

The idea that Facebook has removed a group calling itself "Report ISIS Accounts" is disconcerting and raises serious ethical questions. The Anonymous run group was removed from Facebook only hours prior to the Paris attacks, and the administrators from the group were banned.

According to a report by Counter Current News:

US Total Death Impact Of "COVID-19" With Its Lockdown

Wake Up: The War is Now Here in America!