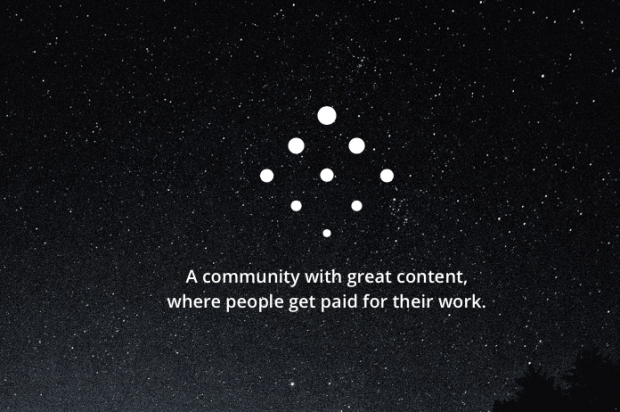 The idea of a social media platform with Bitcoin-powered financial incentives has become rather popular ever since former Reddit Cryptocurrency Engineer Ryan X. Charles wrote about how Bitcoin could be used to solve some of Reddit's core issues earlier this year.

Although many believed that this new social media application would be nothing more than a copy of Reddit with a few Bitcoin-centric features added to it, Charles recently told an audience at an SF Bitcoin Meetup that the final product could look quite different from the "Frontpage of the Internet." Instead of an alternative to Reddit, it appears that Charles's creation, Datt, will be a completely new kind of experience.

During his recent presentation, Charles displayed a few mockups of what Datt could look like when it's ready for some sort of public release. The examples shown in his presentation slides looked quite similar to Reddit, but Charles noted that the functionality associated with upvoting and downvoting worked a bit differently:

This is an example of the front page. It looks similar to Reddit -- you see links, you see images -- with one difference being those little dots you can see on the left. When you press that dot, when you highlight the dot, that's the same thing as like upvoting on Reddit, but you're actually paying the person bitcoin. So, you're giving them a little bitcoin tip. You can think of it -- it's sort of if ChangeTip were integrated to a website or if Zapchain looked like Reddit, it would look like this.

Of course, Datt is not just about cloning Reddit and attaching bitcoin to upvotes. There will be other features added to the system, which could make the platform a bit more dynamic. For example, Charles noted that there could be some features that are similar to what is found on Twitter:

Charles also wanted to make the point that a user does not need to have any bitcoin to use Datt:

With this being an open-source project with the promise of decentralization, it makes sense that user data and content will not be stored on a centralized server owned by Datt. Charles noted that IPFS or another P2P protocol where each user is able to store data related to the subreddits (or whatever Datt communities are called) they're interested in could be used for storing content, while Onename will likely be used to solve the identity problem.

How Will Datt Be Monetized?

In addition to explaining how Datt will work as an application, Charles also spent some time discussing how a profitable business could be built around the platform. He sees monetization as a non-issue, and he thinks taking a cut of each transaction made on Datt could be a business model that works over the short term:

To me, this is a non-issue. I think it's very obvious -- we will just take a portion of payments. Almost no one is going to modify the client to take out that portion. It's technically optional, but we'll just take a cut of the payments. I think that will work; we'll see.

Bitcoin activity now uses more energy than all of Argentina