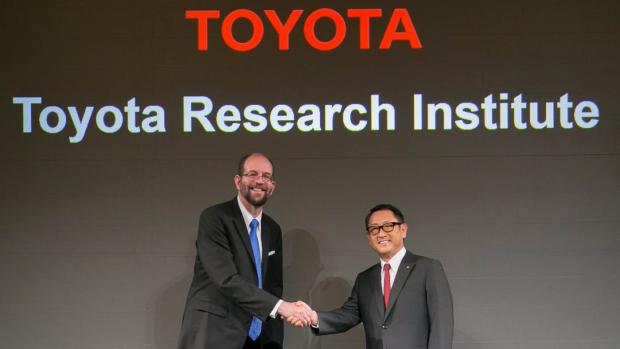 The company is tasked with developing technologies to increase driving safety and improve mobility and quality of life, particularly for the elderly.

The new company will be headquartered near Stanford University in Palo Alto, California, with a second facility to be located near the Massachusetts Institute of Technology (MIT) in Cambridge, Massachusetts. The $1 billion investment comes on top of $50 million Toyota announced in September to establish collaborative research centers at the two universities to study how humans interact with machines.

TRI will be headed by Dr. Gill Pratt, Toyota's Executive Technical Advisor and the Chief Executive Officer of the new enterprise. Dr. Pratt is a roboticist and a former official at the Defense Advanced Research Project Agency (DARPA) where he headed up the DARPA Robotics Challenge from 2010 to 2015. He'll oversee a staff of 200, consisting mostly of researchers and scientists, once the facility is fully operational.

TRI's initial focus will be on technologies intended to improve the safety and accessibility of vehicles through looking at the way people and machines work together. As such, accident avoidance and expanding driving opportunities to everyone regardless of ability will be the goals, rather than the development of fully autonomous vehicles.

Pandemic Madness: The State's Plan Rests on the Destruction of the Human Spirit