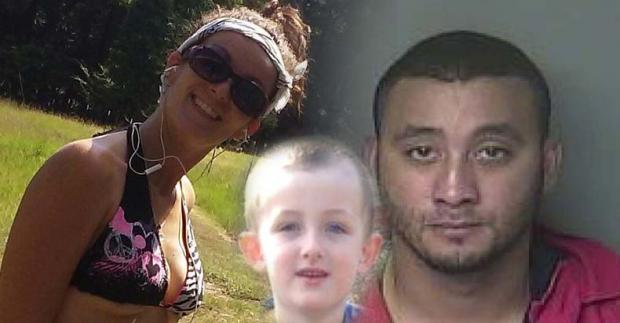 Marksville, LA — More information is coming to light about the two Marksville City Marshals, who ruthlessly shot to death a 6-year-old boy as he was buckled into the back seat of a vehicle.

Officers Derrick Stafford and Norris Greenhouse, Jr. are currently being held, each with a $1 million bail for the murder of Jeremy Mardis and the attempted murder of his father, Chris Few.

Few's attorney, Mark Jeansonne said Monday, that the body camera video shows the father of this 6-year-old autistic boy who was shot to death in his car, had his hands in the air and did not pose a threat.

After it was revealed that the officers had fabricated a story about Chris Few having an outstanding warrant and being armed, the family is left wondering why in the world he was stopped in the first place.

Couple their lies with the fact that Few's attorney said he had his hands up during the stop, and a dark and ominous scenario begins to unfold.

Until now, there was still no logical reason for the stop, leaving everyone wondering why these officers went after Few at all. However, all that changed when Few's fiancée came forward about her relationship to one of the murdering cops, Norris Greenhouse, Jr.

According to the Advocate, Megan Dixon, Few's fiancée, said this weekend that Few had a previous run-in with Greenhouse. A former high school classmate of Dixon, Greenhouse had started messaging her on Facebook and had come by the house Few and Dixon were sharing at the time.

"I told Chris, and Chris confronted him about it and told him, 'Next time you come to my house I'm going to hurt you,' " Dixon said.

"Where Are The Police?" After Voting To Defund Cops, Minneapolis City Council Baffled...

Texas AG: The State May Take Over Austin's Police To Prevent Defunding

Exposing the hypocrisy from @chicagosmayor

"This Isn't The Kenosha I Know"

Think cops need a warrant to place cameras on your property? Oh child,...you are so naive!