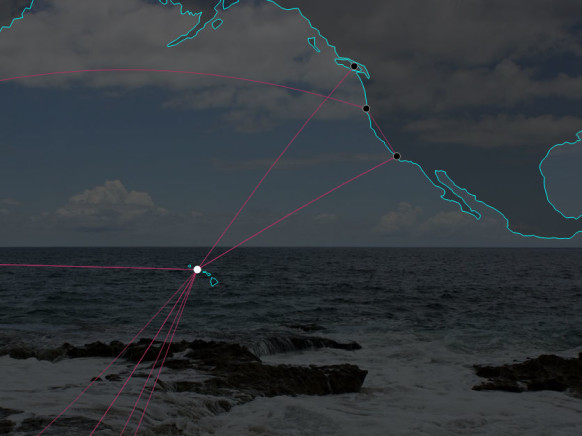 These fiber optic cables carry 99 percent of all transoceanic digital communication—phone calls, emails, web pages, you name it. They're the reason you can Skype your colleague in Sydney or text with your friend in Mumbai. They're essential infrastructure for the global economy. It's no wonder, as The New York Times reported this week, that US military officials are not at all comfortable with Russian subs and spy ships "aggressively operating" in their vicinity.

Despite the importance of this undersea network, most people never give it a thought until something goes wrong, or seems likely to. Nicole Starosielski wants to change that. Starosielski, a media scholar at New York University, spent six years traveling the globe to study the history of the cable network and the cultural, political, and environmental forces that have shaped it. Her work also highlights the vulnerability of this system.

"We usually think of the internet as distributed," Starosielski says. Because of the built-in redundancies, an attack at a given point in the terrestrial network is unlikely to bring the whole thing down. Not so under the sea. "I think people would be surprised to know that there are a little over 200 systems that carry all of the internet traffic across the ocean, and these are by and large concentrated in very few areas. The cables end up getting funneled through these narrow pressure points all around the globe."