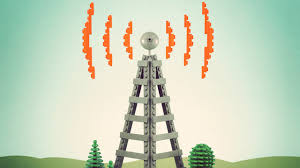 One of the great things about Wi-Fi is that those airwaves are available to anyone.

If you have a Wi-Fi router, you can set up a Wi-Fi network. That includes homeowners, the coffee shop on the corner and the office building down the street, as well as big tech outfits like Google, which has long pushed to build Wi-Fi networks that span entire cities. Wi-Fi uses what's called unlicensed wireless spectrum. You needn't pay the government for an exclusive license to launch a network. You just need government-approved hardware.

Now, imagine if cell phone networks worked that way—if any company with government-approved hardware could create a network in that spectrum. That could improve cell coverage. And it could foster greater competition among wireless carriers, potentially lowering prices and giving us more freedom to move between providers.

This is more than an idle thought. Various companies—including wireless carrier Verizon, chip maker Qualcomm, and handset maker Samsung—are pushing toward technology that would make this possible. It's controversial, because some worry the technology will interfere with existing Wi-Fi networks. And certainly, the companies backing the tech are looking to further their own ends—namely, pushing more people onto their networks. But if the technological issues can be ironed out, this movement could prove beneficial to consumers.

"Mobile data usage is exploding worldwide, so we need to increase mobile capacity—by many orders of magnitude," says Dean Brenner, senior vice president of government affairs at Qualcomm, which hopes to cell phone chips that can drive these new wireless technologies. "People want more, better broadband. That's unquestionably true, and they want it as soon as possible. That's the need we're trying to fulfill here."