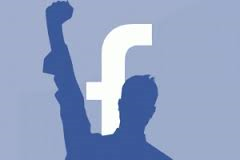 He distributes raw milk to consumers by selling shares of his cows, and multiple past raids and legal wars have not stopped him from fighting for food freedom.

On October 2, 2015, government officials once again raided Schmidt's farm to confiscate all of his equipment, but this time they were peacefully stopped by courageous local supporters — all thanks to a Facebook post, believe it or not.

Soon after the six armed police officers and others arrived, a raw milk activist by the name of Liz Reitzig put out an SOS call on social media. She posted on her Facebook page that Schmidt was getting raided at that moment and requested any supporters and co-op members to rush to Glencolton Farms, the scene of the confrontation, with video equipment.

Agents from the Ministry of Natural Resources Ministry of Agriculture and Food, Regulatory Compliance Unit of Ontario, Ministry of Finance, dairy inspectors and the armed policemen were met and outnumbered by the farm's supporters. They pledged to stand their ground, even if that meant being arrested (you can see pictures of the ordeal by scrolling down).