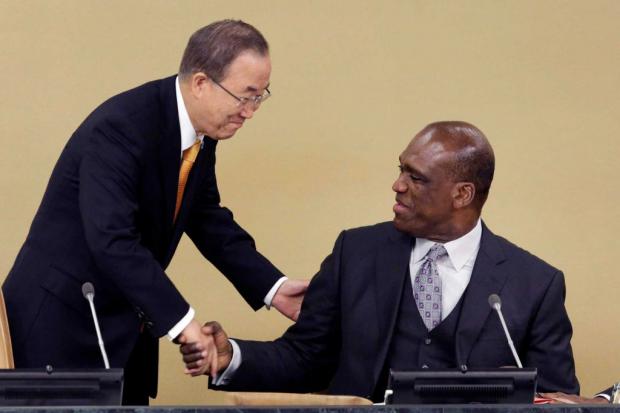 John Ashe, a former U.N. ambassador from Antigua and Barbuda who was general assembly president from 2013 to 2014, was accused in a complaint filed in federal court in New York of taking more than $1.3 million in bribes from Chinese businessmen, including developer Ng Lap Seng.

Manhattan U.S. Attorney Preet Bharara, who announced the arrests of Ashe and the other defendants, said the investigation could result in more charges as authorities examine whether "corruption is business as usual at the United Nations."

"If proven, today's charges will confirm that the cancer of corruption that plagues too many local and state governments infects the United Nations as well," Bharara said.

U.N. Secretary-General Ban Ki-moon is "shocked and deeply troubled" by the allegations, said his spokesman, Stephane Dujarric. The U.N. had not previously been informed of the probe, Dujarric said, but would cooperate if contacted.