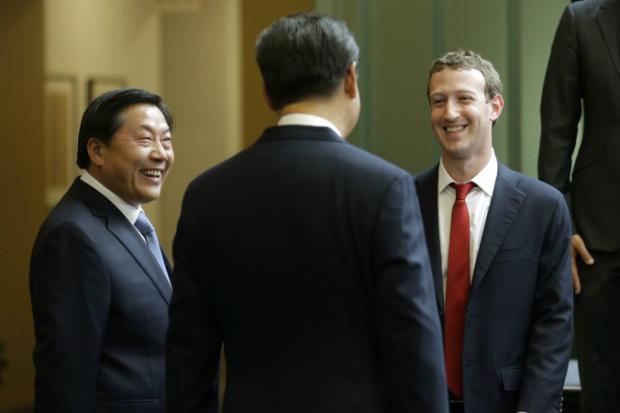 UNITED NATIONS — Mark Zuckerberg, chief executive of Facebook, promoted access to the Internet as "an enabler of human rights" and a "force for peace" on Saturday, as he announced that his company would help the United Nations bring Internet connections to refugee camps.

"It's not all altruism," Mr. Zuckerberg said later, in an implicit acknowledgment that drawing new users to his service is also good for Facebook's bottom line. "We all benefit when we are more connected."

Where and how Facebook would work with refugee camps, he did not say.

Mr. Zuckerberg's remarks came at a lunch hosted by the United Nations Private Sector Forum at the world body's headquarters. It was attended by government leaders and business executives and was intended to encourage private-sector cooperation to advance the ambitious global development goals adopted Friday in the General Assembly.

Money Flows With Refugees, and Life Jackets Fill the ShopsSEPT. 26, 2015

One of the speakers was Angela Merkel, the chancellor of Germany, who has taken a keen interest in advancing the Sustainable Development Goals. On Saturday, she made a strong pitch to business leaders to do their part, reminding them that curbing corruption, which is one of the goals, would make their lives easier, too. Poverty has already been cut in half in the past 15 years, she said. "The glass is half full," she added. "The last mile is always the most difficult."

Mr. Zuckerberg sat next to Ms. Merkel. His company has faced a rash of legal trouble across Europe, including in Germany, over privacy concerns.