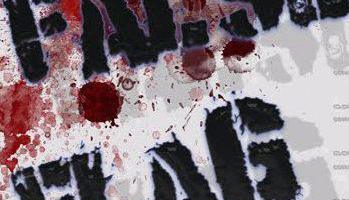 Ken O' Keefe is an ex US Marine turned anti-war campaigner who appeared on a Press TV debate called Syria: War of Deception, and absolutely owned his opponent in such an awesome way that you'll be cheering at his every comment.

Recorded in August 2013, this interview is now two years old, but in light of the current European refugee crisis it's more relevant today than ever before. Passionate, articulate and knowledgeable about the subject matter, O'Keefe is the perfect guy to step up and tell these home truths- and boy, does he do a good job. This guy nails so many crucial points about the Syria situation in one interview, he'll have you jumping around and punching the ceiling.

"We have tortured and killed and maimed and raped around this planet; who in their right mind would consider the United States or the West in general to be in any position to punish anybody?" the veteran begins angrily, going on to outline the evidence for Syria being a false flag attack (Note: leaked emails showing how Assad was framed by the USA are detailed in this cached Daily Mail report from January 2013, which was published online briefly before being removed).

He rightly points out that the USA dropped more bombs in Vietnam than during the whole of WW2 combined, that it regularly arms terrorists (but the mainstream press refer to them as 'freedom fighters' when it suits them) and the ex-marine also points out how the so-called 'War on Terror' is nothing more than a well-planned strategy to be in a "perpetual state of war to destabilize the region for the Greater Israel plan."