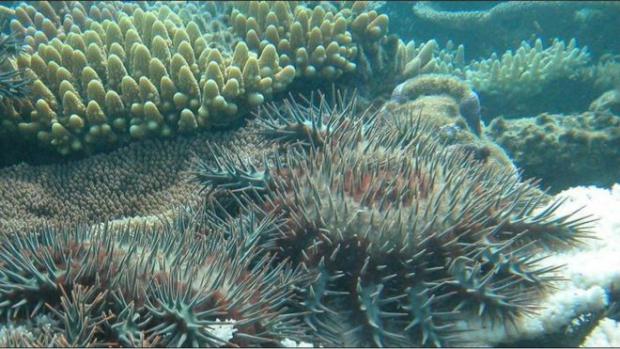 This starfish is proving difficult to find and eradicate with conventional methods, so Queensland University of Technology researchers have created a hunter-killer robot – dubbed the COTSbot – that's designed to automatically search out and destroy these aquatic pests.

Responsible for approximately 40 percent of the Great Barrier Reef's total decline in coral cover, the COTS has been munching its destructive way for quite some time now. The COTS usually lives in relative harmony within reefs, but when conditions are right, it breeds and multiplies at a high rate and the coral polyps on which it feeds cannot regenerate quickly enough to adequately recover from such a large onslaught.

When a COTS finds its way onto a living coral colony, it uses its very large number of tube feet that surround its mouth and flexible body. In this way, it attaches itself closely to the surface of the coral, no matter how complex or branching. To eat the coral polyps, it extrudes its stomach through its mouth and out over the surface of the coral. By secreting digestive enzymes, the stomach of the COTS then breaks down the coral to a liquefied state and absorbs the resulting nutrient soup directly. This action leaves swathes of white coral skeletons across the reef.