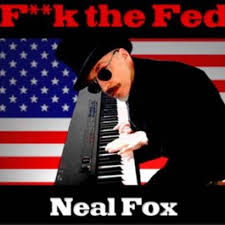 It is really, really good. He covers just about every conspiracy that was current at the time of writing... of course, conspirators never sleep...
If you don't recognize his name, he is the guy who wrote "Fuck The Fed." If you have never heard it, please enjoy.

Crabacado recently wrote a musical. I was less than enthusiastically encouraging, partly because of what happened with Neal. He did not meet his gofundme goal, barely got this awesome, feature length musical brought to the public. Well, I was premature. I just got this email from Neal, his "Conspiracy Project" has been nominated for 4 awards! So cheers to Neal, and hang in their, crabo!

I am happy to announce that The CONSPIRACY Project has already been selected by four film festivals. It screened in the Fort Myers Film Festival, is about to screen in the CENFLO (Central Florida) Film Festival, won an award of merit in the IndieFest Film Awards, and—ta da!—has just received FOUR nominations in the Action on Film International Film Festival!