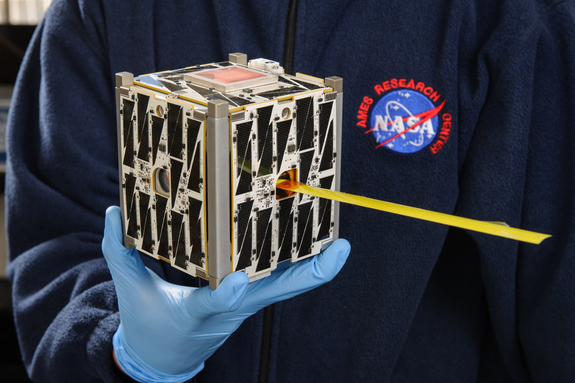 The space agency just opened the latest round of its Cubesat Launch Initiative, which provides rocket rides for tiny spacecraft developed by researchers at NASA, academic institutions and nonprofit organizations.

Applicants must submit their proposals by Nov. 24, and NASA officials expect to choose the winning cubesats by Feb. 19, 2016.

"Selected experiments will fly as auxiliary payloads on agency rocket launches or be deployed from the International Space Station beginning in 2016 and running through 2019," NASA officials wrote in a statement. "To date, NASA has selected 105 cubesats from 30 states. Thirty-seven cubesats have been launched, and 16 more are scheduled to go into space in the next 12 months."

NASA plans to launch at least one cubesat developed by a group based in every one of the 50 states (as well as Washington, D.C., and Puerto Rico). The current round of the Cubesat Launch Initiative focuses on getting representation from the 20 states — such as Arkansas, Mississippi and Wyoming — that have not yet fielded a successful proposal, agency officials said.

The New Deal Is A Bad Old Deal

World Economic Forum: The Institution Behind "The Great Reset"

'Everyone wants to get outside': boom in camping as Americans escape after months at home