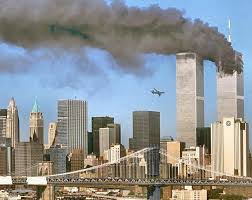 In 2000, Khalid al-Mihdhar was living in San Diego. One year later, he would go on to be one of the five hijackers aboard American Airlines Flight 77, steered into the Pentagon on September 11. But in the months leading up to that horrifying day, al-Mihdhar made a number of phone calls to Yemen from his California apartment.

Those calls went directly to one of Osama bin Laden's operation centers in Sanaa, already a major target for US intelligence monitoring.

"One of the 9/11 hijackers, Khalid al-Mihdhar, made a phone call from San Diego to a known al Qaeda safehouse in Yemen," President Obama said during a speech in 2014. "NSA saw that call, but it could not see that the call was coming from an individual already in the United States."

But according to the testimony of agency whistleblowers like Thomas Drake and Kirk Wiebe, it would have been impossible for the agency not to have known the origin of those phone calls.

Amazon Says "Did Not Intimidate" Voters In Victory Over Union