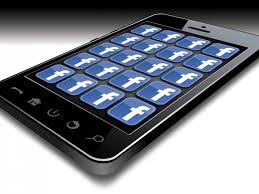 In April 2013 Facebook unveiled a not very well kept secret at an event; a Facebook 'phone' manufactured by HTC HTCCY +% with deeper integration with Google GOOGL +1.51% Android. What it promised was more 'ambient alerts' and an accelerated social life. It failed. Within one month AT&T T +0.00% slashed the $99 entry price to just 99c. Further attempts also failed: the Facebook Home launcher that sat atop everything else for example.

But now things are different, and it's time to reassess what could possibly be a next move from Mark Zuckerberg; a mobile phone play based on the Messenger Platform as the OS.

Think of the recent moves:

Messenger Platform is an ecosystem that allows people to develop applications that can sit on top of Messenger.

Messenger also is looking to entice Business users with its secure messaging platform.

WiFi voice and video calling is a feature, as are Group chats.