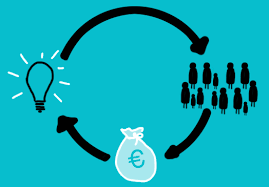 Musical instruments have been honed over hundreds of years, and there's long been tension between the old and the new—from crowds of purists booing a newly electrified Bob Dylan to DJs rallying against digital mixing desks over traditional vinyl.

As technology in this area is empowered further by the crowdfunding model, the scope of music tech has expanded to not only augment instruments, but potentially create new ones, altering the way something is played or consumed.

Singer-songwriter Pete Roe, designer of the crowdfunded Submarine pickup, sees musicians' adoption of modern technology as an extension of something that's always happened. "When buildings like cathedrals, with their incredibly long reverbs, became possible, music that took full advantage of the space appeared soon after," he said. "It's just the same now, only the technological advances are different. Rather than a reverberant space it's a plugin, app or guitar pedal."