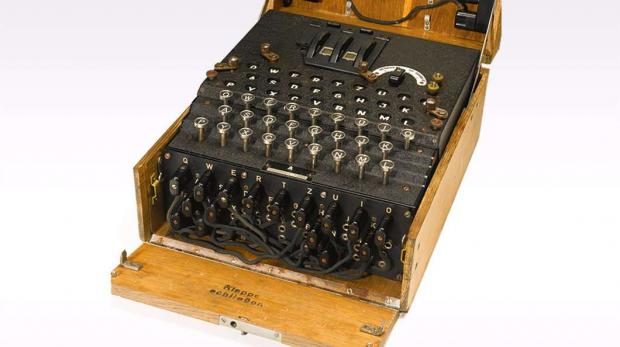 During its years of use, the German military altered and refined the Enigma cipher machine, creating numerous different models. The 1943 example included three rotors, and was sold complete with an oak hinged-lid carrying case.

To use Enigma, the operator would type in a message, then scramble it using three, four or five notched rotors, each with 26 possible positions. Whoever received the message needed to know the exact settings of the rotors, and those of the machine's plugboard, in order to decode the message. There were more than 159 million million million possible configurations (that's not a typo), and the settings were changed daily.

Hydroxychloroquine Hangs On Despite Global Attacks

Russia-Baiting Is the Only Game in Town

My Investigation of COVID-19