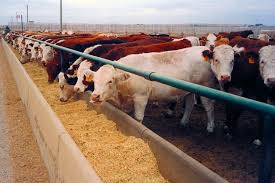 At the beginning of the month, the FDA issued a long-awaited update to its policies on the use of antibiotics in animal feed, officially banning the use of any drugs used for growth promotion. The so-called Veterinary Feed Directive will also force farmers to get antibiotic-laced feed from veterinarians instead of over the counter, making it harder for animal producers to overuse the drugs. That's good news: Feeding animals low doses of antibiotics from birth to slaughter, as is the protocol for most growth-promoting drugs, is a recipe for breeding antibiotic-resistant bacteria.

But it's another recent FDA announcement that highlights a larger problem with the way the agency is combating the rise of resistant bugs. In the middle of May, the agency proposed a rule that would require animal drug companies to break down the nation-wide sales numbers for their antibiotics by species—whether they ended up in cows, pigs, chickens, or turkeys. Nice, but that doesn't go nearly far enough. Because researchers don't know, exactly, how antibiotic resistance develops in livestock and is then transmitted to humans through the food supply. And they won't unless they start collecting more specific data—on the drugs fed to specific groups of animals, on the bacteria that grow in those particular animals, and on the food that the animals produce.

Farmers Got Billions From Taxpayers In 2019, And Hardly Anyone Objected

Two US Federal Agencies Cleared Farmer to Plow His Field...

Rise of the Superbugs: Bacteria Are Outsmarting Humans. Will They Eventually Kill Us All?