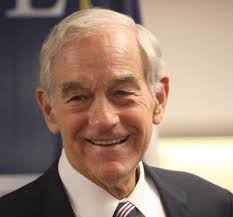 If you look at the track record of the interventionists you might think they would pause before taking on more projects. Each of their past projects has ended in disaster yet still they press on. Last week the website Zero Hedge posted a report about hacked emails between billionaire George Soros and Ukrainian President Poroshenko.

Soros is very close to the Ukrainian president, who was put in power after a US-backed coup deposed the elected leader of Ukraine last year. In the email correspondence, Soros tells the Ukrainian leadership that the US should provide Ukraine "with same level of sophistication in defense weapons to match the level of opposing force." In other words, despite the February ceasefire, Soros is pushing behind the scenes to make sure Ukraine receives top-of-the-line lethal weapons from the United States. Of course, it will be up to us to pay the bill because Ukraine is broke.

But Soros seems to have the money part covered as well. In an email to Ukrainian leaders, he wrote that Ukraine's "first priority must be to regain control of financial markets." Soros told Poroshenko that the IMF would need to come through with a $15 billion package, which he was confident would lead the Fed to also come through with more money. He wrote: "the Federal Reserve could be asked to extend a $15 billion three months swap arrangement with the National Bank of Ukraine. That would reassure the markets and avoid a panic."

How would the Fed be convinced to do that? Soros assured Poroshenko: "I am ready to call Jack Lew of the US Treasury to sound him out about the swap agreement."

So George Soros will use his influence in the US government to put the American people on the hook for a bankrupt Ukraine – forcing us to pay for weapons, more military training and Ukraine's crippling debt.

Who is thrilled with Soros's drawing the US government into more intervention in the region? The military-industrial complex for one is happy at the prospect of big weapons "sales" to Ukraine. The bankers are thrilled. Washington power-brokers are thrilled. There is something in this for everyone who is politically well-connected. The only losers are the people who will be forced to pay for it, the American taxpayers.

"No V" - US Factory Orders Rebound Slows In June