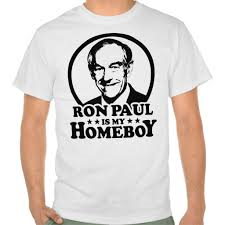 I have worn random liberty-themed T-shirts to the spring, I had told her husband that we met online during the Ron Paul campaigns. Apparently he had not relayed the message, and for a moment I feared it was because she did not like Ron Paul...

A little sheepishly I said "Didn't you know? We all worked together for him on his campaign."
The grin busts out. "I walked MILES for that man!" Billie says. We hug and laugh, and have "a moment," She never got to chat much with us, she was working, and she a hard working woman.
The "event" if you can call it that, was awesome. I had considered trying to arrange a speaker or two, or maybe take everyone on a weed walk. (There is more than one useful weed on this planet!) I really did not have time to organize anything, so I just let it be. And it be'd wonderful. I had a little unscheduled rodeo that afternoon so anything I might have tried to plan would have been a nightmare, so it was a good thing I went causal.

We just chatted. About Ron, Rand, politics, but mostly farming. Mostly we discussed how WE fight this good fight, in our own little ways, and how we can help each other. It is an amazing thing to sit down in a room full of "strangers" and speak more openly and honestly than I do with my family. I loved every one of them within about 30 seconds.