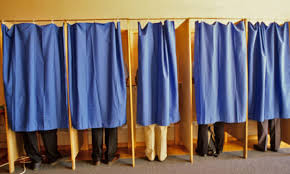 Rather, they see them as faceless, expendable, less-than-human creatures who not only can be bribed into voting for them, but can be used for photo ops when needed. Behind closed doors, politicians like to refer to them as "useful idiots."

In a 2003 article in Jewish World Review, Sowell pointed out that more blacks rose into professional ranks in the five years preceding passage of the Civil Rights Act than in the five years after its passage. What a stunning indictment of government's social engineering! But facts are nothing more than inconvenient truths to Washington's political royalty.

As the man said nearly thirty-five years ago, "Government is not the solution to our problem; government IS the problem." Like all politicians with good intentions, he may have lost his way as he sunk deeper and deeper into the D.C. cesspool, but give him credit for hitting it out of the park on his first inaugural day.

1 Comments in Response to The Political Hoax

You gotta' love Robert Ringer. Back in 1975 (right after the Ark landed), I read a book entitled "Winning through Intimidation" by a fellow named Robert Ringer. Sure enough, this is the same Robert Ringer, as a visit to his site link on LR.C confirmed. There is a passage on page 212 (if memory serves) in that book about an insurance company blocking one of his deals. The gist of this anecdote in his book is this . . . And who do you suppose it was blocking my highly profitable deal this time? Was it any of the aforementioned usual suspects . . . (a list covered in the book up to that point ensues)? No! It wasn't any of them. It was the buyer's insurance company! Yeah! Those people you see on tv ads that are always helping people and making things right! These were the folks blocking my deal this time. But if you look closely at those tall beautiful buildings where these companies are located, that's not mortar between those bricks - it's DRIED HUMAN BLOOD!!!! And so ends the gist-wise recounting of that anecdote. In 1975 (pre-Waco for me), I laughed my @$$ off at this. I thought it was the funniest thing I had ever read. Today, I know it's totally true. And it ain't funny at all. DC Treybil