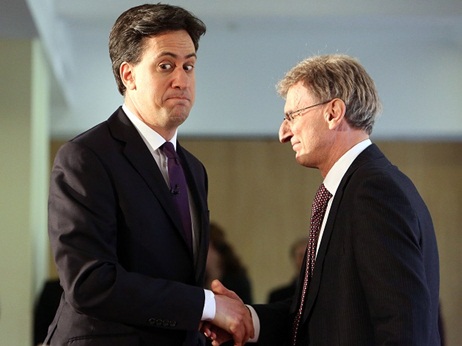 The British political class is in the midst of a fight – the election poll is taking place as I write this – but one thing unites them all, and that is hatred of the populist Nigel Farage and his UK Independence Party (UKIP). Farage is a personable guy, an ordinary bloke as they say, which accounts for a lot of his popularity: I mean, who would want to sit down to a pint with David Cameron, or, god forbid, Ed Miliband?

Aside from that, however, Farage embodies the very last of what might be called the British libertarian spirit, such as it is: although largely known in this country for his anti-immigration stance (which is practically illegal in politically correct Britain), he built up his party on the strength of his opposition to the European Union, which is hugely unpopular among ordinary British voters. Farage portrays the EU as intent on imposing a regime of economic and cultural strangulation on the whole of the continent, absorbing Britain into an authoritarian – and increasingly militaristic – Borg of bureaucratic collectivism.