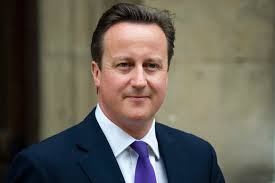 British prime minister David Cameron has confounded pollsters and pundits by winning a sensational second five-year term in office for his Conservative party.

This time Cameron looks set to be free from the constraints of coalition with the centrist Liberal Democrats. The Lib Dems, Cameron's partners in office since 2010, were almost wiped out, and their leader, deputy prime minister Nick Clegg, resigned on Friday morning.

Cameron's victory in Thursday's general election obliterated opposition leader Ed Miliband's hopes of eking out a small win for Labour. Miliband also resigned in the wake of the defeat.

But it came at the price for the Tories of stunning success for the separatist Scottish National party (SNP) north of the border.

At the time of writing, with almost all 650 seats declared, the Conservatives had 325, Labour 229, the SNP 56 and the Liberal Democrats eight. In practice 323 Members of Parliament is the number needed to form a majority government.