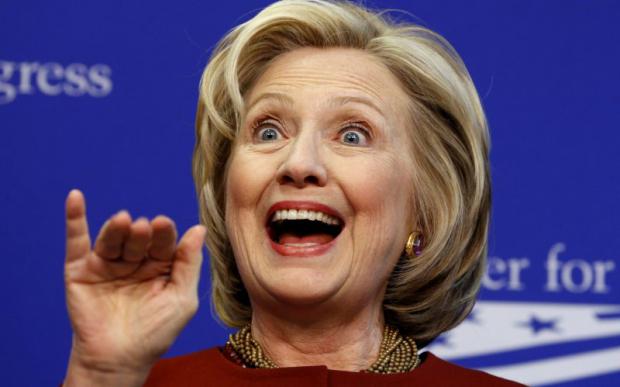 Running for president frequently involves the unnatural pursuit of the natural. It's like trying to choose a spouse through the Miss America Pageant or The Bachelor. How do you begin to get a sense of what someone is really like through an oddly ritualized process that seems to inevitably embarrass everyone?

Why do we this? Why do we force candidates to try to look natural when engaged in activities that are preposterously ridiculous? There's Hillary Clinton sitting in a neighborhood coffee shop talking to three young Iowans—watched by a media "pool" who are just a small percentage of the huge media flock trailing the former Secretary of State. Yes, talking to young voters can be casual and natural; so can having sex. But when it happens on the fifty-yard line of the Homecoming game, it becomes a different sort of thing. And then, of course, the "young voters" aren't really "regular" voters but Democratic party activists who have been carefully vetted and driven to the events like, well, talent. Which is what they are.

Who's being fooled by these most insincere attempts at sincerity? The press surely knows it's ridiculous. Does anyone really believe that a single Iowan sees this on television and thinks, "Oh, how nice, Mrs. Clinton just happened to be having coffee with these young people."