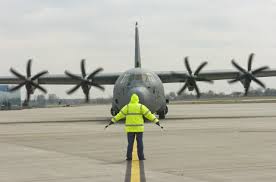 While the escalation of the second Cold War between Russia and the US over their proxy conflict in Ukraine has been relegated to the back pages due to the lack of any flash points in recent months, events in eastern Europe continue to build up to an increasingly unstable equilibrium. Just yesterday, Russia again accused the United States of "seeking political and military dominance and sought to put blame on the West for international security crises, including the conflict in east Ukraine."

It didn't stop there. According to the WSJ, Russia's top general warned European countries planning to host installations for a U.S.-led missile-defense shield that Russian forces would be forced to target them.

"Nonnuclear powers where missile-defense installations are being installed have become the objects of priority response," Gen. Valery Gerasimov said, referring to Poland and Romania.

It was unclear if Russia would use conventional weapons or tactical short-range nuclear missiles for deterrence purposes.

The comments came at a defense conference in Moscow where a series of high-level Russian leaders repeatedly warned of perceived threats that the U.S. and the North Atlantic Treaty Organization posed to modern Russia.