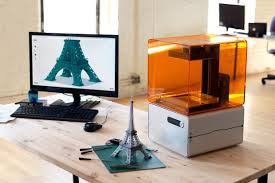 Rome wasn't built in a day, but a village of 10 houses created out of 3D printed concrete parts has been constructed in just one day in Shanghai, China. And the even better news? Each one only cost around $5000. Oh, and they're partly made out of recycled waste, too.

The company that built the structures, WinSun Decoration Design Engineering Co, spent years perfecting the system which allowed them to achieve this impressive feat.

#2. Printer to generate the concrete

They used a pretty hefty 150 meter long, 10 meter wide and 6 meter deep printer to generate the concrete constituents, which were then assembled together into small but sturdy buildings.

The material used to construct the parts is a mixture of high grade cement, recycled construction waste and industrial waste, which is then reinforced with glass fibers. Obviously the concept here is different to traditional 3D printing- there isn't a giant printer which is churning out entire buildings on the spot. Rather the printer here is used to create the parts layer by layer, which can then be transported and assembled into buildings by humans.

The software used to design the parts also allows for the addition of things like plumbing and windows which can be added on after the building is erected.

Although these buildings may not look like your traditional three bedroom home, they are hoped to provide a rapid and inexpensive housing solution for poverty-stricken or displaced individuals and families.

WinSun are now planning to install 100 recycling factories in China to convert waste into the materials required for these buildings.

BIG shoots for the Moon with 3D-printed lunar habitat plan

3D Printed Guns - Where Are We Now? Interview with CTRL Pew

"Meat Of The Future" - KFC Is 3D-Printing Chicken Nuggets