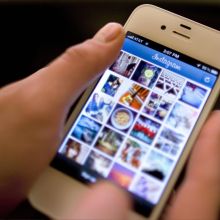 Pearson, the world's largest maker of textbooks and academic materials, has admitted "monitoring" the social media use of students using its tests.

In a letter obtained and published by the blog Bob Braun's Ledger, Elizabeth Jewett, the regional high school district superintendent for Watchung Hills, New Jersey, told colleagues she had been made aware through the New Jersey department of education that a student had tweeted about an upcoming exam.

"The student deleted the tweet, and we spoke with the parent – who was obviously highly concerned as to her child's tweets being monitored by the DOE," Jewett said, adding that the department of education had informed her that Pearson was "monitoring all social media" during the testing period and had demanded the student be disciplined.

"I have to say I find it a bit disturbing," Jewett's letter said.

Bob Braun's Ledger said that Jewett told them of two other incidents where Pearson had identified alleged cheating on social media through its monitoring, which is done through a third-party company named Caveon.

Fireside Chat Ep. 117 - What Have You Said in Private?

How Expansive is FBI Spying? by Ron Paul

The EU might ban facial recognition tech for five years

Kellyanne Conway on Senate trial: 24 hours for each side is not sufficient

New Bill To Allow Cops To Detain Citizens, Force Them To Explain Who They Are, What They're Doin

Making Sense of the Impeachment Charges