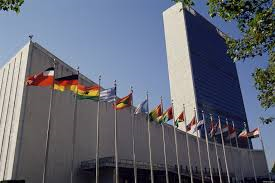 The resolution calls illegal or arbitrary watching, listening, and collecting of online chats and cell phone usage "highly intrusive," saying it can "interfere with the right to freedom of expression and may contradict the tenets of a democratic society," including when done on a mass scale.

It also cracks the whip a bit, asking all member states to look over their current surveillance laws and practices and bring them into line with their commitments to the right to privacy. The resolution acknowledges the need for spying when it comes to issues of security but makes it clear this should only be done when there is a specific cause for concern and in a way that is transparent to the public.

Despite ?a push from the Five Eyes—the surveillance alliance between the US, UK, Canada, Australia, and New Zealand—to soften the language of the resolution before it went to vote, they're not mincing words; the resolution is full of strong, definitive language underscoring the importance of a right to privacy. The resolution is also well-timed, as nations globally are increasing their cyber capabilities amid calls for privacy protection.

Just as a convenient example, earlier in the day the UK's Intelligence and Security committee ?released a report calling on private companies in the US—they name Apple, Facebook, Google, Microsoft, Twitter and Yahoo, specifically—to grant the UK more access to users' online communications. Meanwhile, attempts to tighten up guidelines for the National Security Agency (NSA) ?were killed in the Senate last week.