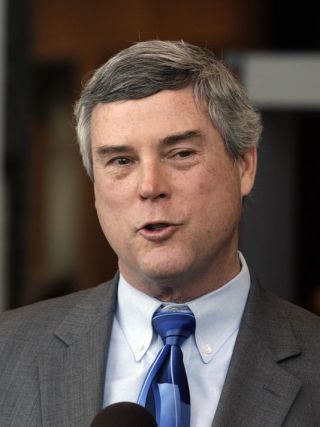 It took McCulloch 10 minutes of hectoring before he revealed the panel had found no probable cause to indict Wilson, and the rest of the 45-minute speech, in which McCulloch seemed to be presenting evidence in Wilson's favor, felt a lot more like defense attorney's argument than a prosecutors. The very length of McCulloch's rambling statement, really, and the amount of evidence he felt compelled to argue against, was an argument that the case should have gone to trial.

But before he got to any of that, McCulloch explained all the ways the case could have been quietly shelved, had those meddling witnesses stayed off Twitter.

On August 9, Michael Brown was shot and killed by a police officer, Darren Wilson. Within minutes, various accounts of the incident began appearing on social media, accounts filled with speculation and little if any solid, accurate information.

Our investigation and presentation of the evidence to the grand jury in St. Louis county has been completed. The most significant challenge encountered in this investigation has been the 24-hour news cycle and its insatiable appetite for something, for anything to talk about. Following closely behind were the nonstop rumors on social media.

I recognize, of course, that the lack of accurate detail surrounding the shooting frustrates the media and the general public and helps breed suspicion among those already distrustful of the system. Yet those closely guarded details—especially about the physical evidence—give law enforcement a yard stick for measuring the truthfulness of witnesses.