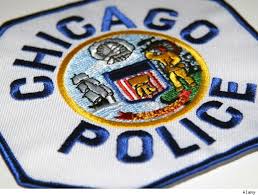 Then, an 89 year-old man named Vincent Detolve asked him to stop cursing obscenities, and the officer pushed him to the ground in response, breaking his hip and tearing his right rotator cuff.

He proceeded to cuss other people in the vicinity out some more, and then the cop left.

There was one problem with the officer's perceived immunity; a citizen who knows who to hold 'public servants' accountable wrote down the officer's license plate number and called the Oak Lawn police department to report him.

So he was charged in May and on Thursday October 23rd, he was sentenced to 3 years in prison. This is still less time than a lot of individuals without badges would receive for the same actions, but this is such a significant step in the right direction.

In the last several weeks, incidents of the police actually being held accountable for their actions have been growing.

Prosecutors said the extremely old man had to spend extended periods of time in physical rehabilitation. That is taking a toll on a part of a man's life that I would assume is of utmost preciousness to him. When you're 89, breaking your hip is an extremely harmful injury.