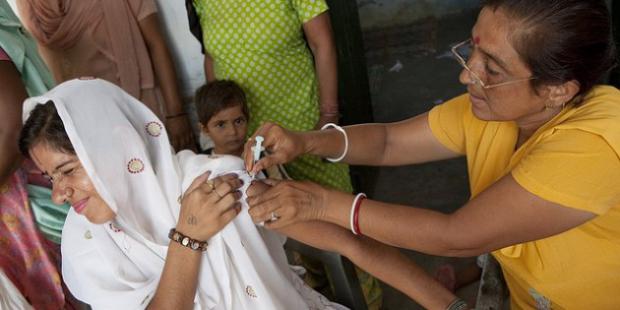 This article dated Oct. 4, 2014 states that India's Supreme Court is investigating the Gates Foundation and WHO for criminally negligent vaccine crimes in both India and Africa. Says US mainstream media ignoring the story.

This is some sick stuff if true: In both India and Africa, minors' consent forms to participate in vaccine trials were signed illegally without parents' consent; children were locked in classrooms forced to take the vaccine or threatened to receive no more education; the vaccines were unlicensed products still undergoing third and fourth phases of testing.

Also, The Gates Foundation Blamed for 10,000 Vaccine-Related Deaths: In 2013, yet another report named the Gates Foundation and GAVI as being responsible for multiple deaths using untested vaccinations on children from the developing world.

From everything I have read, I believe these groups were testing an experimental vaccine for ebola in Liberia and Sierra Leone (without anyone's consent) and the vaccine didn't work, so now the ebola virus is spiraling out of control because of it!    more at url