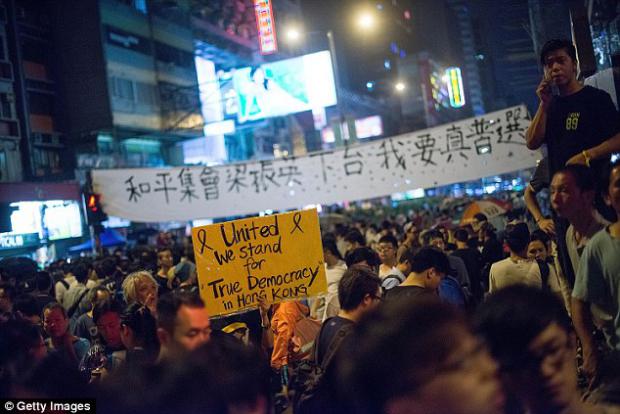 A night of running brawls in Hong Kong led to the arrest of 19 people, some believed to be linked to triad gangs, as mobs tried to drive pro-democracy protesters from the streets.

Of those arrested, eight men are believed to have backgrounds involving triads, or organized crime gangs, police said, and they face charges of unlawful assembly, fighting in public and assault.

Police struggled for hours to control the battles as attackers pushed, shoved and jeered the protesters.

The allegations that organized crime members were involved in the clashes fueled jitters Saturday at the movement's main camp, on a highway outside government headquarters. There were frequent calls for supporters to rush to barricades after sporadic rumors that people were coming to attack them.