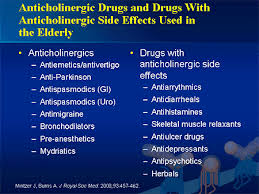 Unfortunately, the research found that these pharmaceuticals, commonly taken for a variety of common medical conditions including insomnia, allergies, or incontinence, cause long-term damage to the brain. The findings point to a class of drugs called anticholinergics, which block acetylcholine, a nervous system neurotransmitter.

The surprising thing is that many of the drugs are commonly used, brands like Benadryl, Dramamine, Excedrin PM, Nytol, Sominex, Tylenol PM, and Unisom are included in the anticholinergic drug list, but so are Paxil, Detrol, Demerol, and Elavil – antidepressant medications.

The Davos Agenda and The Rise of China